Listening to Spanish Radio from Spain

This morning I was flashing back to my years (and years) in Ohio when I would listen to Spanish radio online daily, back when I was pining to move to Spain. Listening live would give me a sweet anxiety which would sometimes move me to near-tears. 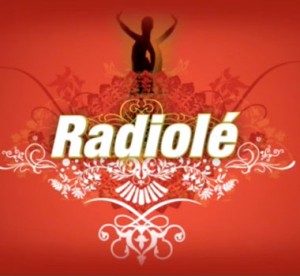 My favorites included : Top Radio, Onda Cero, Onda Madrid, Candena Ser, Radio Nacional de España, Canal Sur, and, of course, the all-time favorite RadiOlé. The last one was “true Spain” to me, it was Traditional Spain. Although listening brought me a fair amount of criticism by Spaniards saying that only old ladies listened to RadiOlé I didn’t care. This is untrue, by the way, as I hear LOTS of gypsies listening to it in their cars. Apart from gypsies, however, few do, I admit. (I do, however, hear it sometimes coming from the houses of the old neighbor ladies so….) Radiolé, to be fair (to me), only plays a small percentage of old flamenco music. Most of it is recent or modern flamenco by today’s most popular flamenco singers.

The talk shows, debate shows, and “profile” shows on Cadena Ser and Radio Nacional de España were especially interesting as it was here that I could really focus on Spanish accents and hear HOW people talked. At that time, it’s true, I didn’t understand much but it helped a lot with my own Castilian pronunciation.

Now I turn on the radio and don’t feel much of anything, just searching for good (Spanish) music, Pop or otherwise. I usually pass-by any station playing English music – which is a good percentage of Spanish radio stations which mix English with Spanish songs equally. It IS still stimulating to listening to radio in Spanish. I’m fortunate to understand two languages pretty well. Surely a lot of Spaniards mumble along to the English pop songs, not really knowing what they’re singing. That was ME just a few years ago! I could sing some Spanish songs, not knowing their meanings until I would (sometimes) look-up the lyrics and translate it phrase by phrase. I must say that singing a number of memorized Alejandro Sanz and Ismael Serrano songs really helped not only with my pronunciation but also smoothly stringing-together Spanish words and phrases.

If I close my eyes, I can imagine myself in my Columbus (Ohio, USA) apartment or at work listening to live or recorded Spanish radio. It really took-me-away. My world was “ALL SPAIN”. I was there in that moment, sitting at my desk in Madrid, Spain – where I am right now, several years in the future.

10 Responses to Listening to Spanish Radio from Spain