Will Madrid Win the 2016 Olympics?

This afternoon at about 6pm (Spain time) the announcement will come from Copenhagen regarding the International Olympic Committee’s (IOC) decision of the host city of the 2016 Summer Olympics. I hope to be in Madrid’s Plaza de Oriente at this time to watch the event with several others on the big screen televisions.

For weeks the media has become ever increasingly saturated with talk about the possibility of Madrid hosting the 2016 Summer Olympics. Events have been scheduled and painstakingly executed to display Madrid’s and Madrileños’ support for the Olympic Games. Millions of Euros have been spent to prove to the IOC – and the world – that Madrid desperately wants to become an Olympic City. 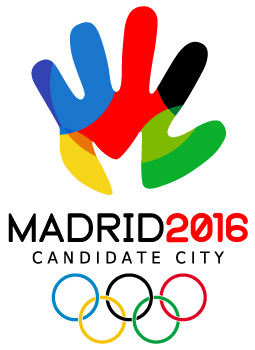 Songs have been sung by Spanish pop stars, well-known athletes have recorded television commercials, and politicians are offering their time as much as possible for magazines, morning talk shows, and interviews to show their support for the games, hoping to convince the IOC of this fact.

Kids are easy to convince of such things. Give them a huge, colorful hand, a T-Shirt or cap to wear and a loud music event and they’re happy. Adults are harder to sway. Adults know the costs already spent – and subsequently wasted – on a losing attempt to win the 2012 Olympics, awarded to London with Madrid way back in the voting. Adults know that billions of Euros are at stake if Madrid becomes the focus of the world in 2016, with all its hotels, restaurants, bars, and stores full, not to mention becoming the worldwide focus. They know that money has been invested and spent on infrastructure which will no doubt improve livability in Madrid but which has – and will – cause traffic and construction nightmares for years. Years of expense and inconvenience is being invested for a couple months of income. But the long-term result could be much more rewarding.

Barcelona learned in 1992 the long-term benefits of being “An Olympic City” can be lasting, changing the image of a city forever. Barcelona didn’t need much help in that area as its always been considered “Cool”. Will an Olympic win for Madrid achieve the same result? Will it also win Madrid the respectability it desires and deserves? For now, many people who don’t know Spain probably think that Barcelona is the capital of the country. I don’t know how many friends of mine, upon telling them I was moving to Spain, first asked me, “Oh really? To Barcelona?” Being chosen as an Olympic City, Barcelona’s already solid reputation amazingly improved even more.

Growing up in the USA, during all those years of USA-Russia dominance
in the Olympic Games, I loved the track and field competitions. My
early physical maturity and talent for running fast helped win me many
a race in all grades. Fortunately, I know what it’s like to be first running through
the finish line in front of thousands of cheering people. Few know
this sensation. Watching Olympic track and field events LIVE would be a
dream come true for me, and better yet that it’s all taking place right
here in my back yard. I just hope I can get – AND AFFORD – the tickets.

Today, in Madrid’s Plaza de Oriente, between the Teatro Real and the Royal Palace, the event has already started. The plaza has been transformed and ready to receive the thousands of hopeful Madrileños and Spaniards to watch on the big screen the vote and subsequent IOC decision in Copenhagen for the 2016 Olympic Games. Will it be Madrid? Or will it be Rio de Janeiro, Chicago, or Tokyo. Time – and the votes – will tell. We’ll all know by 6:15pm local time.