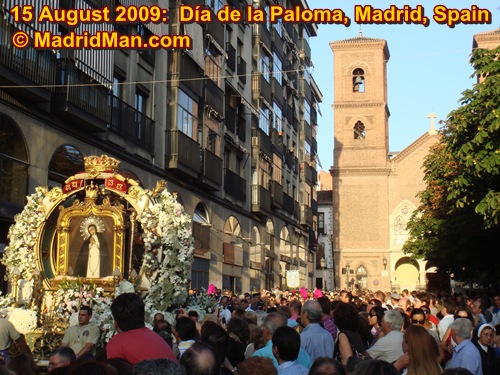 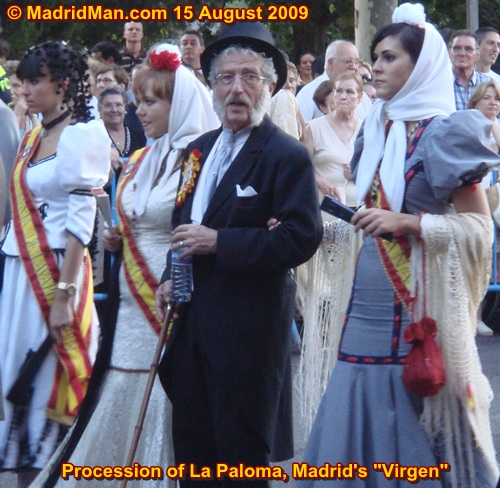 Above: Some pretty “Chulapas” (women in traditional Madrid costumes) and one odd-looking “Chulapo” (?) in the 15 August 2009 procession of La Paloma in Madrid, Spain. 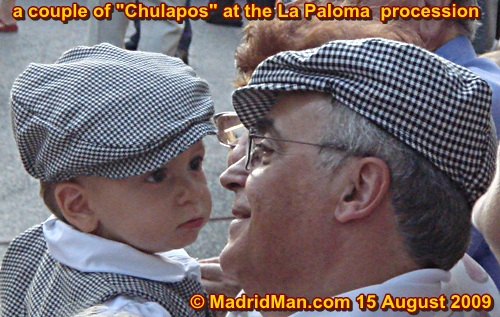 Right: A couple of cute “Chulapos“, no doubt grandfather and grandson, both watching (or not) the procession of La Paloma soon after “La Virgen de la Paloma” left the Iglesia de la Paloma. 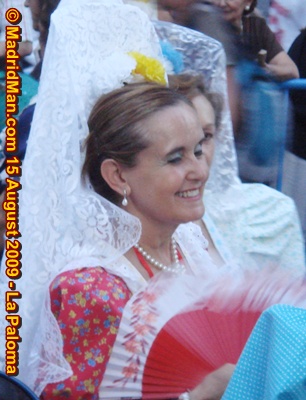 Left: a wonderfully dressed woman with her tall “peineta” (lace-covered hair comb) & veil as she walks in the 15 August 2009 procession of “La Virgen de la Paloma” on Calle de Toledo in Madrid, Spain. Notice her fanning her
self during a break in the “parade”. 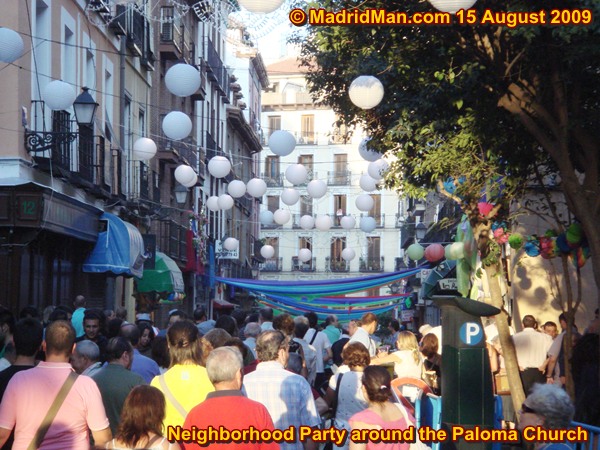 Above: Festival Party in the neighborhood around La Iglesia de la Paloma celebrating the Fiesta de La Paloma on 15 August 2009 in Madrid, Spain 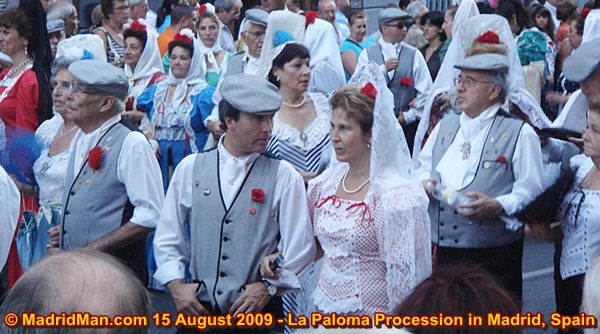 La Virgen de la Paloma coming up the Calle de Toledo during the La Paloma procession on 15 August 2009.  “La Paloma” is Madrid’s “Virgen”. Every city has one.

The procession was long, slow, and a several brass bands accompanied them. Lots of “peñas” (clubs) represented the different Madrid communities.

Most all of the area bars were closed off to the public and, instead, had stands out front serving beer, wine, and foods in the street. I wondered what their clients would do if they needed to use the restroom. Loud, traditional music also blared out of many of the street bars, attracting passersby.

Many events took place during the Fiesta de la Paloma and I attended a few of them. There were even comedy shows for children, fan judgings, traditional Madrid dance performances, and concerts too.

Above: watch the La Paloma Procession video above on Calle de Toledo and recorded by MadridMan, on 15 August 2009