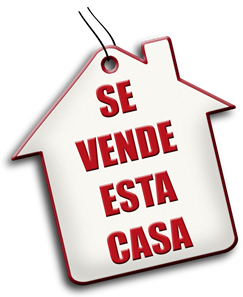 “SALE: Buy a House in Spain and Get Permanent Residency for Free!“

I can hardly believe it myself. Today, Trade Ministry secretary Jaime García-Legaz announced a plan to offer PERMANT RESIDENCY in Spain with the purchase of a home over 160,000 Euros. Wow! That’s not a bad price for all those foreigners pining to live and work legally in Spain.

Although the plan has yet to be approved, it is expected to happen in the coming weeks. Primer Minister Mariano Rajoy said just today, Monday, “We need to sell these homes“, referring to the more than 700,000 unsold homes following the 2008 real estate collapse, in order to help revive the construction industry.

Sadly, thousands of homeowners have been evicted, unable to pay their mortgages. Even more shocking is that some homeowners have committed suicide due to foreclosures – one, very publicly, a woman threw herself off her 2nd story balcony as police were at her door, attempting to serve her the eviction notice.

Shocking to Americans, in Spain when you lose your home due to foreclosure, although the bank takes possession of the property, the (former) owner must STILL pay the balance of the loan unless and until they die. And forget about getting any future home loans. You’re red-flagged forever. 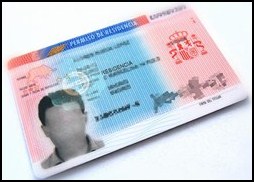 So one person’s/country’s misfortune could become the good fortune for someone abroad – with 160,000€ to blow – wishing to make their dream a relatively-cheap-and-easy reality to live and work legally in Spain.

Gaining Spanish Residency also means losing your home-country residency, although you’d maintain your citizenship. No big deal there unless you plan to return to your home country in the near future. One idea may be to buy the property, live and work legally in Spain with the granted residency for a period of time, then sell the property and return “home”.

Sure, there are both pros and cons to living in Spain. The economy is terrible. Finding meaningful work at a living wage is nearly impossible these days. (even before collapse!) And the taxes are high and getting higher. But… the food is great and the wine is better. The people are warm and wonderful for the most part. The history is second to none. And The culture is both stimulating and (sometimes) frustrating for its differences to our own. All things considered, I wouldn’t want to live anywhere else.

24 Responses to Permanent Residency in Spain with Home Purchase