I’d never seen this performance before in my life, only segments on TV, and it did not disappoint. Captivating, to say the least. There were times that I was near tears. It sounds silly, I know, but it truly was emotional, so perfectly tippy-toe danced, and the accompanying orchestra played well, too, in its pit – into which we had a perfect view. 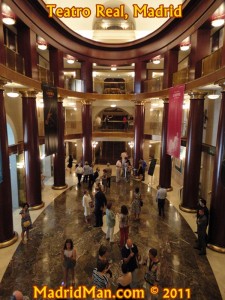 It would be foolish of me to profess expertise in ballet or orchestra music, but seeing “Swan Lake” for myself was an experience I won’t soon forget. Surely, 26 white-tutu-wearing ballerinas had never danced so well in Madrid before. The 3 different stage sets were enormous and appeared to be works-of-art in and of themselves.

Since we arrived 35 minutes early, we took a lazy stroll through the “salas” (halls & rooms) of Madrid’s Opera House on its southern side, starting at the 4-story-high main entrance on the western Plaza de Oriente side and walking to the Restaurante Teatro Real on the eastern, Plaza de Isabel II side. You’d think you were in the Royal Palace itself! Photos are NECESSARY in the halls and restaurant, but not (really) permitted in the main entrance or in the theater itself. In the latter, the attendants will quickly, although nicely, wag a finger if they see you holding up a camera. 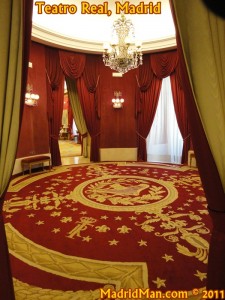 As I said, the mid-point break lasted 25 minutes. People could go out onto the large, wide terrace of the Teatro Real’s west side, overlooking the Plaza de Oriente and the Palacio Real/Royal Palace, or go to the Restaurante Teatro Real. Since, ahem, I’d been out on the terrace on previous visits to Madrid’s Royal Theater, this time we went to the restaurant, arriving quickly after the end of the first half of the night’s stunning performance.

So WHAT do people do during the break at the opera or ballet?? Answer: They typically have a glass of champagne or, in Spain, its “Cava“, Spanish sparkling white wine, and maybe something to eat. We did both; two flutes of cava and two large “canapés“, one of tortilla de patata and another of crab (read: surimi), both served on toast, and all enjoyed with a window-side table view of the freshly-renovated & pedestrian Plaza de Isabel II at near-sunset. Could this evening get any more romantic?! PUH-LEASE!

Swan Lake’s second half was as entertaining as the first and we were sad to see it end. But it did, of course, and we left Madrid’s Teatro Real to the still-warm and buzzing streets surrounding “Opera” and the Royal Palace of Madrid, Spain – my home. Sometimes I truly feel I’m living a charmed life. 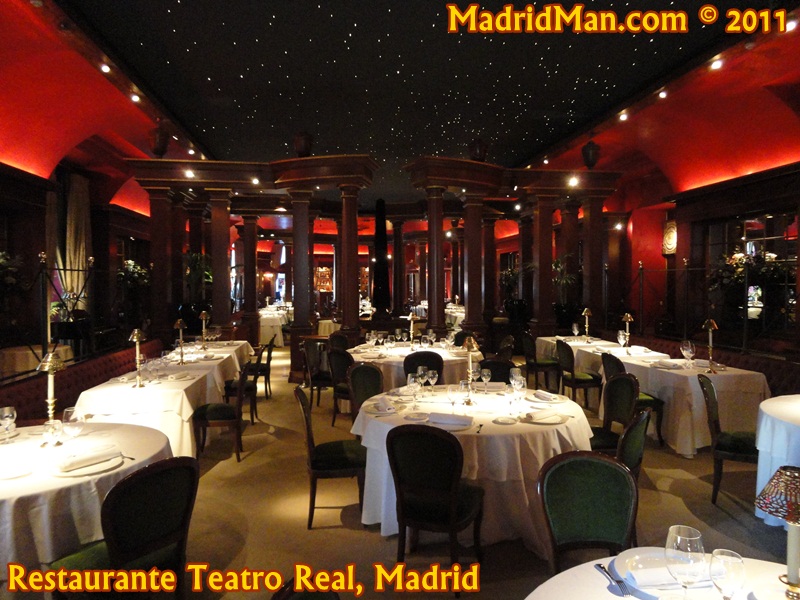 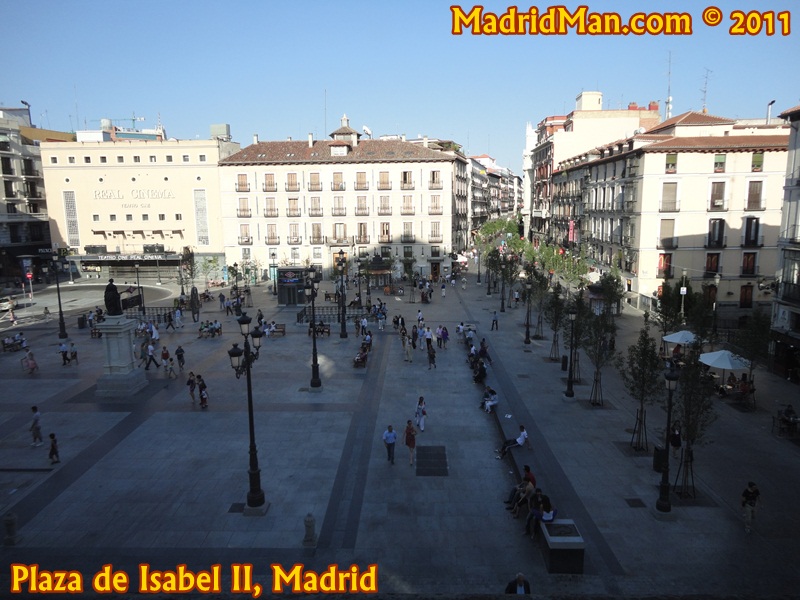 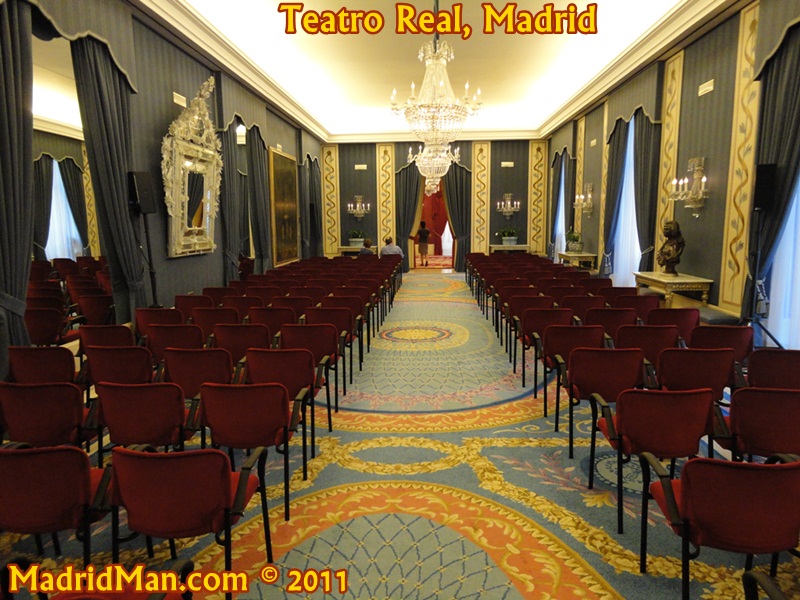 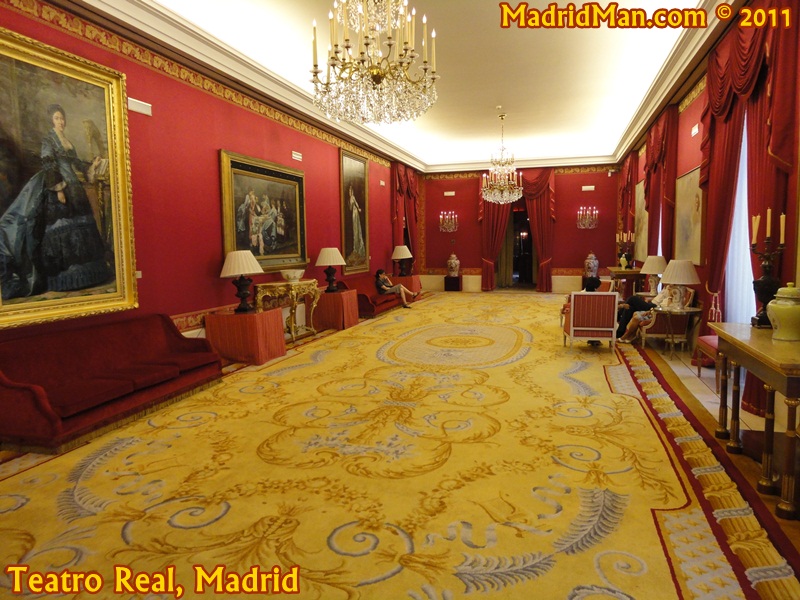 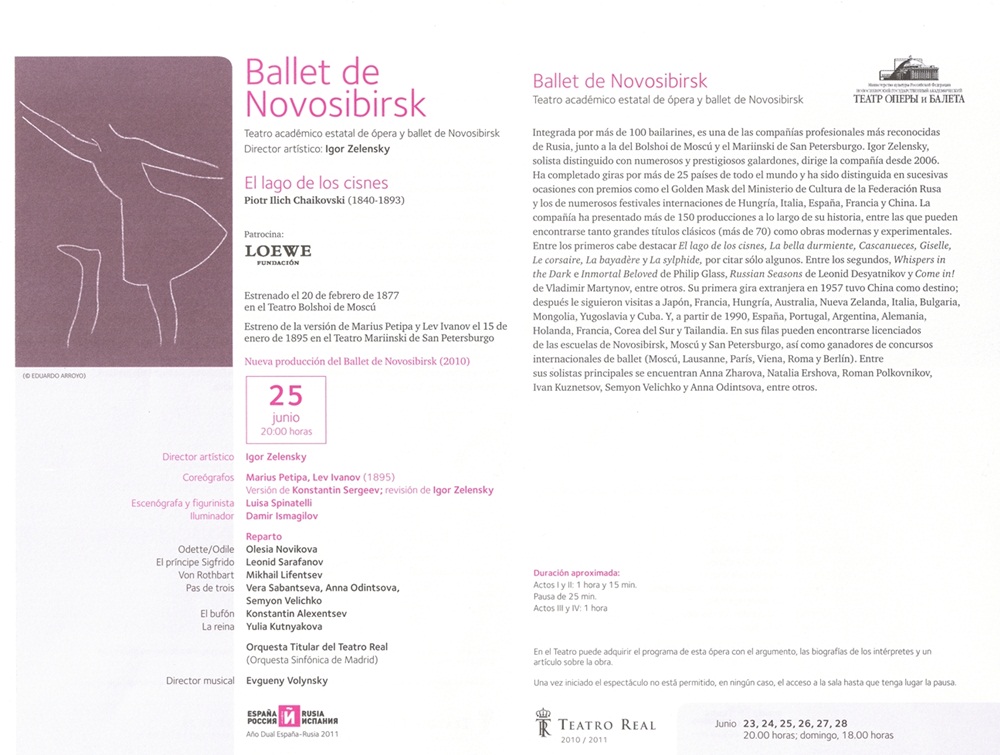